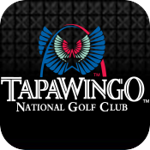 We are proud of our hockey history and our Alumni at St. John Vianney Hockey.
Please contact us if there are any changes or additions.

Each of the above mentioned players were honored at the home game on the ice on Friday December 23, 2016. Their jersey numbers will hang permanently in the rafters of the Affton Ice Arena. Their individual accomplishments have brought them to the forefront of the Vianney Hockey Club. Their commitment to excellence on the ice led the Vianney program through the first two decades of competition. Their individual accomplishments will be outlined in detail in a special section of the St. John Vianney Hockey Club website and there will be a plaque placed at Vianney High school paying honor to their accomplishments and welcoming them as the First Class of the St. John Vianney Hockey Cluib Hall of Fame.

Congratulations to Bill, Brian and Scott and please check back to view the NEW section of the Vianney Hockey website titled HALL OF FAME after the first of the year for more information.

CONGRATULATIONS, "THE ROAR IS BACK!"

Congratulations to former Vianney High multi-sport standout Nick Allgeyer was selected by the Toronto Blue Jays in the 12th round of the 2018 MLB Draft on Wednesday. The 6-foot-3 lefthanded pitcher, who played three seasons for the University of Iowa, was taken with the 356th overall pick.

You could win VIP tickets to the 2022 Premier League Mornings Live Fan Fest in Philly!HOW TO ENTER